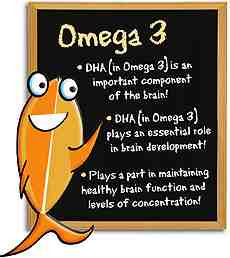 Omega-3 Fatty Acids: Which Type Is Best?
Omega-3 fatty acids are a group of three fats: alpha-linolenic acid (ALA), docosahexaenoic acid (DHA), and eicosapentaenoic acid (EPA).
Once eaten, the body turns ALA into DHA and EPA, though not very efficiently -- some estimates say the conversion is as low as 5%. Thus, many dietitians recommend we focus most of our efforts on consuming DHA and EPA fatty acids.
While there's no standard recommendation yet for how many omega-3s we need, suggestions range between 500 to 1,000 mg daily. You can find over 500 mg in a tin of tuna or a few ounces of salmon. Some fortified foods offer 100 mg or more.
Shopping for Omega-3 Fatty Acids
Ready to get more omega-3 fatty acids in your diet? We've put together this quick shopping list to take along the next time you go to the supermarket. 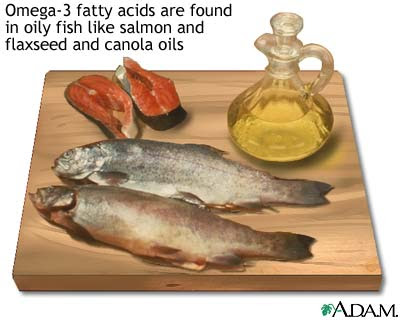 Other Omega-3 Enhanced Products
Whole and fortified functional foods aren't the only places you'll find omega-3 fatty acids; they're cropping up just about everywhere. You can also find them in:
·         Supplements
·         Children’s vitamins
·         Meal replacement bars
·         Protein powders
·         Weight loss shakes
·         Pet food
·         Skin care creams
·         Tanning lotions
As with most nutrients, fresh, whole, real foods trump any enriched, fortified or processed foods. Omega fatty acids can oxidize if overly processed or allowed to become stale, so fresh is best.
Omega-3 Fatty Acids: Talk to Your Doctor
There's little danger of getting too many omega-3s in a typical diet, even with supplements, but it's worth noting that although fish oil supplements (EPA/DHA) are safe for most people, they do have anti-clotting actions and could be dangerous for people with blood clotting disorders or those taking anti-clotting medication. There's little evidence to suggest that an intake of less than 3 grams per day would increase the risk of significant bleeding. DHA has not been associated with bleeding.
If you have questions about how best to add omega-3s to your diet, talk to your doctor.

Email ThisBlogThis!Share to TwitterShare to FacebookShare to Pinterest
Labels: Benefits of Healthy Food, Nutrition and Diet