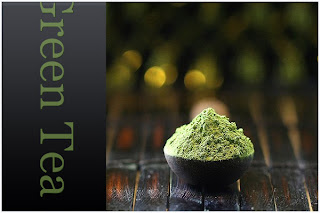 Green tea is the least processed and thus provides the most antioxidant polyphenols, notably a catechin called epigallocatechin-3-gallate (EGCG), which is believed to be responsible for most of the health benefits linked to green tea. Green tea is made by briefly steaming the just harvested leaves, rendering them soft and pliable and preventing them from fermenting or changing color. After steaming, the leaves are rolled, then spread out and "fired" (dried with hot air or pan-fried in a wok) until they are crisp. The resulting greenish-yellow tea has a green, slightly astringent flavor close to the taste of the fresh leaf.
Green tea has always been, and remains today, the most popular type of tea from China where most historians and botanists believe the tea plant originated throughout all of Asia. Why is this so? Perhaps because green tea not only captures the taste, aroma and color of spring, but delivers this delightful bouquet along with the highest concentration of beneficial phytonutrients and the least caffeine of all the teas.
Health Benefits
Green tea is particularly rich in health-promoting flavonoids (which account for 30% of the dry weight of a leaf), including catechins and their derivatives. The most abundant catechin in green tea is epigallocatechin-3-gallate (EGCG), which is thought to play a pivotal role in the green tea's anticancer and antioxidant effects. Catechins should be considered right alongside of the better-known antioxidants like vitamins E and C as potent free radical scavengers and health-supportive for this reason.
Green tea drinkers appear to have lower risk for a wide range of diseases, from simple bacterial or viral infections to chronic degenerative conditions including cardiovascular disease, cancer, stroke, periodontal disease, and osteoporosis. The latest studies provide a deeper understanding of the ways in which green tea:


Given the significant benefit green tea can provide, even to those who are not especially health conscious, just imagine its health-protective potential as part of your healthy way of eating!
If you simply cannot start your day without a cup of coffee, try enjoying a cup of green tea at your mid-morning break, with lunch or as an afternoon pick-me-up. You'll quickly discover green tea's irresistible combination of invigorating and calming qualities, plus its delicious flavour; make it one of your favourite healthy habits. 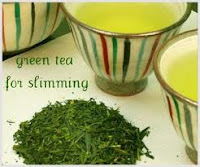 ·         Protects against Death from All Causes, Especially Cardiovascular Disease

·         Protects against Coronary Artery Disease
·         Inhibits Atherosclerosis
·         Special Benefits for Persons with High Triglycerides
Green tea may offer special heart-protective benefits for persons with high triglycerides, suggests a laboratory study, published in the February 2005 issue of the Journal of Nutrition.
A series of experiments revealed that the mix of catechins naturally found in green tea dose-dependently inhibit the activity of pancreatic lipase, the enzyme secreted by the pancreas that digests fat. As a result, the rate at which the body breaks down of fats into triglycerides, and the rise of triglyceride levels in the bloodstream that occurs after meals, is greatly slowed.
Since a large rise in blood levels of triglycerides after a meal is a significant risk factor for coronary heart disease, drinking a cup of two green tea along with your meals is a good idea, especially if your triglyceride levels are higher than normal.
·         Thins the Blood and Helps Prevent Blood Clots
Green tea catechins help thin the blood and prevent the formation of blood clots by preventing the formation of pro-inflammatory compounds derived from omega-6 fatty acids, which are found in meats and polyunsaturated vegetable oils such as corn, safflower and soy oil. These pro-inflammatory compounds—specifically, arachidonic acid from which the inflammatory cytokines thromboxane A2 and prostaglandin D2 are derived—cause platelets to clump together.
·         Protects the Heart in Patients with Acute Cardiovascular Disease
·         Minimizes Damage and Speeds Recovery after a Heart Attack
·         Minimizes Damage to the Brain after a Stroke
EGCG has also been shown to protect brain cells by these same mechanisms and thus may help minimize the brain damage that occurs after a stroke. In one animal study, green tea was so effective in reducing the formation of free radicals in brain tissue that the researchers concluded, "Daily intake of green tea catechins efficiently protects the brain from irreversible damage due to cerebral ischemia, and consequent neurologic deficits." 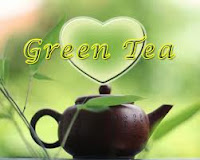 ·         Lowers Blood Pressure and Helps Prevent Hypertension
·         Helps Prevent the Development of Atherosclerosis and Cancer
·         Protects against Cancer
·         Prostate Cancer
·         Green tea polyphenols halt prostate cancer at multiple levels
·         Ovarian Cancer: Green tea consumption has been shown to enhance survival in women with ovarian cancer.
·         Kaempferol-rich Tea and Broccoli Protective against Ovarian Cancer
·         Brain Tumors in Children
·         Colorectal Cancer: Green tea may also reduce the increased risk for colon cancer caused by a high fat diet.
·         Regular Green Tea Drinking Cuts Colorectal Cancer Risk in Half
·         Gallstones and Biliary Tract Cancers: Green tea lowers risk of gallstones and biliary tract cancers, suggests a large population-based.
·         Lung Cancer
Another larger four month study of heavy smokers involving 100 women and 33 men found that levels of urinary 8-hydroxydeoxyguanosine, a marker of free radical damage to DNA, dropped significantly in individuals drinking decaffeinated green but not black tea.
Decaffeinated green tea was especially effective in reducing DNA damage in individuals who lack the genetic ability to produce normal amounts of an enzyme called glutathione S-transferase, which plays a key role in the liver's ability to detoxify many of the carcinogens found in cigarette smoke. Individuals whose genetic inheritance does not include the GSTM1 and GSTT1 variants of the genes that instruct the cell to produce glutathione S-transferase are more susceptible to developing many different cancers. For these individuals, green tea may be especially beneficial.
·         Bladder Cancer
Research by a multi-departmental team from UCLA has produced valuable insights into how green tea extract might be capable of acting against the invasive growth of bladder cancer tumors. Green tea extract has been shown, via a mechanism that affects cell movement, to target cancer cells while leaving healthy cells alone.
·         Improves the Efficacy of Cancer Drugs While Lessening Their Negative Side-Effects
In the fight against cancer, green tea polyphenols are team players, helping cancer-killing drugs do their job.
·         Understanding How Green Tea Fights Cancer
Spanish and British scientists have discovered at least one of the mechanisms through which green tea helps to prevent certain types of cancer, according to a study published in the March 2005 issue of Cancer Research.
ECGC, a catechin present in green tea in amounts about 5 times higher than in black tea, inhibits the enzyme dihydrofolate reductase (DHFR), which cancer cells need to be able to grow, and which is a well recognized target of anti-cancer drugs.
·         Improves Insulin Sensitivity in Type 2 Diabetes
Population studies suggest that green tea consumption may help prevent type 2 diabetes.
·         Protects against Kidney Disease
·         Builds Bone
Green tea drinkers' bone-density advantage persisted even after results were adjusted for age, body mass index, other dietary items, smoking, alcohol, physical activity and use of osteoporosis drugs.
·         Green Tea Provides Bone Benefits Similar to Calcium or Exercise
·         Prevents Osteoporosis and Periodontal diseases
Excessive bone loss is a characteristic feature not only of osteoporosis but of periodontal disease. Green tea supports healthy bones and teeth both by protecting osteoblasts (the cells responsible for building bone) from destruction by free radicals, and by inhibiting the formation of osteoclasts (the cells that break down bone).
·         Protects the Liver from Alcohol and Other Harmful Chemicals
·         Promotes Fat Loss
Green tea not only promotes fat loss, but specifically, the loss of visceral fat—fat that accumulates in the tissues lining the abdominal cavity and surrounding the intestines (viscera) and internal organs. Unlike fat deposits on the hips and thighs (which result in the so-called "pear" body shape), visceral fat (which produces the "apple" body shape) is highly associated with increased risk for metabolic syndrome and type 2 diabetes.
Green tea contains three major components that promote fat loss: catechins, caffeine and theanine. Studies suggest that green tea compounds promote fat loss by inhibiting both gastric and pancreatic lipase, the enzymes that digest triglycerides, and fatty acid synthetase, the enzyme responsible for synthesizing fatty acids into the form in which they can be stored in the body's adipose (fat) cells.
·         Increases Exercise Endurance
Green tea extract given to lab rats over a 10-week span increased the amount of time the animals could swim before becoming exhausted by as much as 24%.
·         Protects against Cognitive Decline, Alzheimer's Disease and Parkinson's Disease
Damage to brain cells in Parkinson's, Alzheimer's and other neurodegenerative diseases seems to result from the combination of a number of damaging factors including excessive inflammation and increased levels of iron, both of which lead to increased free radical production, exhaust the brain's supply of protective antioxidants and trigger the production of certain proteins, such as amyloid-beta, which promote apoptosis (cell suicide).
·         Green Tea Keeps Elders Mentally Sharp: Research Showing Multiple Ways
Green tea helps slow the age-related decline in brain function seen as declining memory, cognitive impairment,
·         Green Tea Fights the Flu
A cup of green tea may help prevent or lessen the duration of the flu..
·         Pepper increases EGCG availability
An animal study suggests that consuming the spice, black pepper, when drinking green tea can significantly increase the amount of epigallocatechin-3-gallate (EGCG) absorbed. In this study, rats and mice given green tea along with piperine (a bioactive component in black pepper) absorbed 130% more EGCG than control animals receiving EGCG alone.
In this study, piperine was found to inhibit the glucuronidation of EGCG in the intestines. Glucuronidation is a chemical pathway that serves as one of the major ways our bodies convert drugs, steroids, and many other substances into metabolites that can then be excreted into the urine or bile. By inhibiting EGCG's glucuronidation, piperine allowed more of this catechin to be absorbed and utilized. So, next time you have a cup of green tea along with a meal, be sure to spice up your soup, salad and/or entrée with a little freshly ground black pepper.