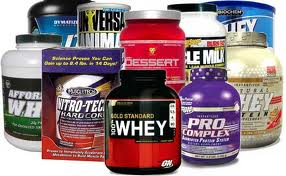 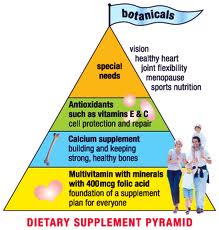 1. Whey Protein
Whey protein is perhaps one of the most well-known supplements. Whey protein is a supplement packed with protein isolate designed to help people who can't seem to get enough protein from a normal diet. Whey protein is found in powder form and comes in several flavors, allowing for many protein shake combos. Whey protein is often taken before or after a workout, but may be taken at any time as a meal replacement. Whey is a milk protein that has a high level of branched-chain amino acids (BCAAs, No. 4 on our list). Bottom line: Whey takes the crown because it digests fast and gets to your muscles rapidly to start building muscle. Whey also contains peptides (small proteins) that increase blood flow to the muscles.
How to maximize its effects: Take 20 grams of whey protein powder in the 30 minutes before working out, and take 40 grams within 60 minutes after training. Also consider taking 20-40 grams of whey immediately upon waking every morning to kick-start muscle growth. Your best bet is to choose a whey powder that contains whey protein hydro lysates (whey protein broken down into smaller fragments for faster digestion) or whey protein isolate.

2. Casein Protein Powder
The other milk protein, casein, squeaks in just under whey. Casein has always played second fiddle due to its very slow digestion rate, yet this makes it ideal as a pre-bedtime snack because it prevents catabolism while you sleep by emptying slowly and steadily. Casein also makes you feel less full, which makes it a great snack for those who want to pack on muscle mass. And new research finds that casein gives whey a run for its money - when it's taken post workout, casein boosts muscle protein synthesis much like whey does. It's even suggested that a whey and casein protein shake taken after training increases muscle growth better than either protein taken alone.
How to maximize its effects: Choose a casein protein that contains micellar casein (the slowest-digesting casein you can buy) and take 20-40 grams right before going to bed. After workouts, add 10-20 grams of casein to your whey protein. Also, use 20-40 grams of casein in your protein shakes between meals. 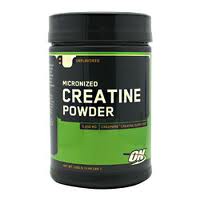 Contrary to popular belief, creatine is a not a steroid or growth hormone. In fact, it is produced naturally in our bodies and may also be found in several food sources, namely red meat. Creatine is typically taken pre-workout.Creatine is made from three amino acids: arginine, glycine and methionine. Anecdotal reports and scientific studies alike find that guys who take creatine gain a good 10 pounds or more of bodyweight and increase strength dramatically. Creatine works in a number of ways. For one, it increases the amount of fast energy in your muscles needed to perform reps in the gym. The more of this fast energy that's available, the more reps you can do with a given weight, allowing you to get bigger and stronger in the long run. Creatine also draws more water into your muscle cells, placing a stretch on the cell that increases long-term growth. Most recently, creatine has been found to increase levels of insulin like growth factor-1 (IGF-1) in muscles, which is critical for stimulating growth.
How to maximize its effects: Take 2-5 grams of creatine in the form of creatine monohydrate, creatine malate, creatine ethyl ester or creatine alpha-ketoglutarate with your protein shake immediately before workouts. This will help keep your muscles saturated with creatine, producing the rapid energy they need to perform more reps. Then consume another 2-5 grams with your postworkout shake (in addition to 40-100 grams of fast-digesting carbs), a time when creatine will be rapidly taken up by muscle cells and the boost in IGF-1 levels will help prompt further growth. On days when you don't train, take 2-5 grams of creatine with a breakfast that contains carbohydrates. 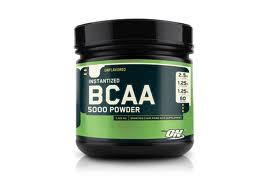 The term branched-chain amino acids refers to leucine, isoleucine and valine, the absolute most important amino acids for repairing and building muscle tissue. Leucine is the most critical of the three, as research shows that it can stimulate muscle protein synthesis on its own. Yet it's still best to take all three together, since they work in synergy to provide a multitude of benefits, including muscle growth, increased energy during workouts, the blunting of cortisol (a catabolic hormone that inhibits testosterone and increases muscle breakdown) and decreased delayed-onset muscle soreness.
How to maximize their effects: Take 5—10 grams of BCAAs with breakfast, as well as in your pre- and post-workout shakes. Look for BCAA products that provide leucine at a ratio of 2:1 per dose of isoleucine and valine. For example, if you take a 5-gram dose of BCAAs, about 2.5 grams should be from leucine, 1.25 grams from isoleucine and 1.25 grams from valine. 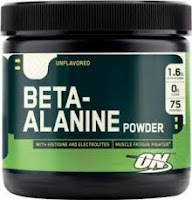 In the body, the amino acid beta-alanine is combined with another amino, histidine, to form carnosine. Research shows that when muscles have higher levels of carnosine, they have more strength and endurance. Carnosine appears to increase the muscle fibers' ability to contract with more force, and to do so longer without fatiguing. Several studies reported increases in muscle strength and power in athletes who took beta-alanine. One recent study found that subjects who took beta-alanine along with creatine gained more muscle mass and lost more body fat than subjects who took only creatine.
How to maximize their effects: Take 1—2 grams of beta-alanine or carnosine immediately before and after every workout in addition to your shakes and creatine. On non-workout days, take 2 grams with breakfast, along with creatine.

Nitric oxide (NO) is a molecule found throughout the body that's involved in multiple processes. The one that bodybuilders are most interested in is its ability to dilate blood vessels, which allows more blood flow to the muscles for enhanced delivery of oxygen, nutrients, anabolic hormones and water (blood is mostly water). This gives you more energy during your workout, an enhanced muscle pump, and better muscle recovery and growth after the workout. NO boosters don't provide NO, but rather the amino acid arginine, which is readily converted to NO in the body. Research has found that subjects who were given arginine increased muscle strength and growth and lost body fat.
How to maximize their effects: Take an NO booster that provides 3—5 grams of arginine in the form of L-arginine, arginine alpha-ketoglutarate, arginine ethyl ester or arginine malate. Also, consider NO boosters that provide ingredients such as citrulline, pycnog-enol and American ginseng, which enhance arginine's ability to increase NO. Take one dose at each of the following times: in the morning before breakfast, 30—60 minutes before training, immediately after training and 30—60 minutes before bedtime. When possible, take each dose without food and consider combining it with 500—1,000 mg of vitamin C, which can help maintain levels of NO for longer. 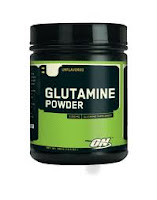 This amino acid has been a favorite of bodybuilders for decades because it's central to muscle function and is one of the most plentiful aminos found in the human body. Glutamine provides numerous bodybuilding benefits, such as aiding muscle growth by increasing levels of leucine in muscle fibers, helping decrease muscle breakdown and bolstering the immune system, which helps prevent you from getting sick and missing workouts. Glutamine taken before workouts can help decrease muscle fatigue and boost growth hormone levels. In addition, recent research shows that glutamine might also play a role in fat loss by increasing the amount of calories and fat burned at rest and during exercise.
How to maximize its effects: Take 5—10 grams of glutamine in the morning with breakfast, with your pre- and post-workout shakes, and with your nighttime snack. 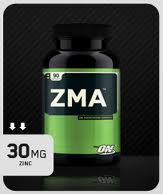 ZMA is a combination of zinc, magnesium aspartate and vitamin B6. It's an important supplement because hard-training athletes such as bodybuilders are often deficient in these critical minerals, which are important for maintaining hormone levels and aiding sleep (essential for recovery). Intense training can compromise levels of testosterone and IGF-1. In fact, one study found that athletes who took ZMA significantly increased their levels of testosterone and IGF-1 during eight weeks of training, while those who took a placebo experienced a drop in both T and IGF-1. Naturally, boosting testosterone and IGF-1 can make huge impacts on muscle gains.
How to maximize its effects: Use a ZMA product that provides about 30 mg of zinc, 450 mg of magnesium and 10.5 mg of vitamin B6, and take it 30—60 minutes before bedtime without any food or calcium. Taking ZMA on an empty stomach will enhance its uptake and utilization and improve your sleep quality for optimal recovery.

Besides being a popular fat-loss supplement, carnitine is now known to enhance muscle growth through a number of mechanisms, all of which are supported by clinical research. For one, carnitine can increase blood flow to muscles, which means it provides similar benefits to NO boosters. It also increases testosterone levels post workout and the amount of Treceptors inside muscle cells, which allows more testosterone to stimulate more growth. In addition, carnitine supplements have been found to increase levels of IGF-1. Add all these benefits together and you have the potential to gain enormous amounts of muscle.
How to maximize its effects: Take 1—3 grams of carnitine in the form of L-carnitine, acetyl-L-carnitine or L-carnitine-L-tartrate with breakfast, your pre- and postworkout shakes, and nighttime meals. 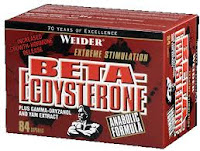 Beta-ecdysterone is a phytochemical found in plants such as spinach, where its main function is to protect the plant from insects. Russian scientists discovered many years ago that beta-ecdysterone has anabolic properties. In fact, it's similar in structure to hormones found in insects and crustaceans. Yet beta-ecdysterone doesn't behave like a hormone in the body, but rather works by stimulating protein synthesis and therefore muscle growth. Anecdotal reports suggest that it's very effective for producing increases in both muscle size and strength.
How to maximize its effects: To get the most out of beta-ecdysterone, make sure you get a high enough dose and take it frequently throughout the day. Look for products that supply about 100 mg of beta-ecdysterone and take it with meals in the morning, before and after workouts, as well as with lunch and dinner, for a total of 400—500 mg per day.

Molecular weight is a term that refers to the mass of one molecule of a substance. Therefore, high molecular-weight carbs (HMCs) are essentially made up of very large, heavy molecules. HMCs such as the patented Vitargo brand are typically made from waxy maize (corn) starch. What makes these carbs so special is their ability to rapidly pass through the stomach to the intestines where they can be absorbed and enter the blood. Research shows that HMCs pass through the stomach at a rate almost 100% faster than sports drinks. This is important after exercise because consuming carbs at this time blunts cortisol levels, prevents muscle breakdown and raises insulin levels to help promote muscle growth and replenish muscle glycogen levels.
How to maximize their effects: Taking 60—100 grams of HMCs mixed in your post workout shake will help push muscle recovery and growth, and the insulin spike it causes will drive more amino acids, creatine and carnitine into your muscle cells. In other words, HMCs will not only boost muscle growth themselves but they will help your other mass supplements work even better. 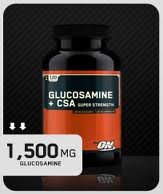 Slightly different from the above muscle building supplements, glucosamine is a support supplement. It helps to maintain joint health. Athletes and bodybuilders, in particular, should consider the use of glucosamine, especially those involved in contact or collision sports. Glucosamine is often combined with chondroitin and MSM, two other key players in joint health.
Posted by Unknown at 3:06 AM

Email ThisBlogThis!Share to TwitterShare to FacebookShare to Pinterest
Labels: Supplements