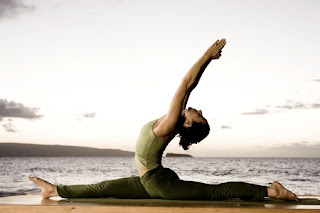 Yoga is one of the most ancient cultural heritage of India. The word yoga in Sanskrit means "to unite", and so yoga can be said to connote a unitive discipline. In this sense it is an exercise in moral and mental cultivation that generates good health (arogya), contributes to longevity (chirayu), and the total intrinsic discipline culminates into positive and perennial happiness and peace. Therefore, yoga is the said to be indispensable of the ultimate accomplishment in life. It is a science that affects not only the conscious self but the subconscious as well. It is a practical physiological training (kriya yoga), which if practiced can exalt man to the 'supra mundane level'.

The most important benefit of yoga is physical and mental therapy. The aging process, which is largely an artificial condition, caused mainly by autointoxication or self-poisoning, can be slowed down by practicing yoga. By keeping the body clean, flexible and well lubricated, we can significantly reduce the catabolic process of cell deterioration. To get the maximum benefits of yoga
one has to combine the practices of yogasanas, pranayama and meditation.

Regular practice of asanas, pranayama and meditation can help such diverse ailments such as diabetes, blood pressure, digestive disorders, arthritis, arteriosclerosis, chronic fatigue, asthma, varicose veins and heart conditions. Laboratory tests have proved the yogi's increased abilities of consciously controlling autonomic or involuntary functions, such as temperature, heartbeat and blood pressure. Research into the effects of yogic practices on HIV is currently underway with promising results.

According to medical scientists, yoga therapy is successful because of the balance created in the nervous and endocrine systems which directly influences all the other systems and organs of the body. Yoga acts both as a curative and preventive therapy. The very essence of yoga lies in attaining mental peace, improved concentration powers, a relaxed state of living and harmony in relationships.

Through the practice of yoga, we become aware of the interconnectedness between our emotional, mental and physical levels. Gradually this awareness leads to an understanding of the more subtle areas of existence. The ultimate goal of yoga is to make it possible for you to be able to fuse together the gross material (annamaya), physical (pranamaya), mental (manomaya), intellectual (vijnanamaya) and spiritual (anandamaya) levels within your being. 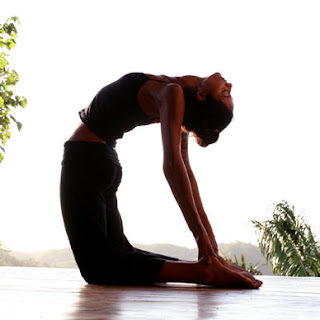 Studies conducted at yoga institutions in India have reported impressive success in improving asthma. It has also been proved that asthma attacks can usually be prevented by yoga methods without resorting to drugs.

Physicians have found that the addition of improved concentration abilities and yogic meditation together with the practice of simple postures and pranayama makes treatment more effective. Yoga practice also results in greater reduction in anxiety scores than drug therapy. Doctors believe that yoga practice helps patients by enabling them to gain access to their own internal experience and increased self-awareness.

Patients who practice yoga have a better chance of gaining the ability to control their breathing problems. With the help of yogic breathing exercises, it is possible to control an attack of severe shortness of breath without having to seek medical help. Various studies have confirmed the beneficial effects of yoga for patients with respiratory problems.

Yoga is believed to reduce pain by helping the brain's pain center regulate the gate-controlling mechanism located in the spinal cord and the secretion of natural painkillers in the body. Breathing exercises used in yoga can also reduce pain. Because muscles tend to relax when you exhale, lengthening the time of exhalation can help produce relaxation and reduce tension. Awareness of breathing helps to achieve calmer, slower respiration and aid in relaxation and pain management.

Yoga's inclusion of relaxation techniques and meditation can also help reduce pain. Part of the effectiveness of yoga in reducing pain is due to its focus on self-awareness. This self-awareness can have a protective effect and allow for early preventive action.

Back pain is the most common reason to seek medical attention. Yoga has consistently been used to cure and prevent back pain by enhancing strength and flexibility. Both acute and long-term stress can lead to muscle tension and exacerbate back problems.

Yoga's gentle exercises designed to provide relief to needed joints had been Yoga's slow-motion movements and gentle pressures reach deep into troubled joints. In addition, the easy stretches in conjunction with deep breathing exercises relieve the tension that binds up the muscles and further tightens the joints. Yoga is exercise and relaxation rolled into one - the perfect anti-arthritis formula.

Regular yoga practice can help in weight management. Firstly, some of the asanas stimulate sluggish glands to increase their hormonal secretions. The thyroid gland, especially, has a big effect on our weight because it affects body metabolism. There are several asanas, such as the shoulder stand and the fish posture, which are specific for the thyroid gland. Fat metabolism is also increased, so fat is converted to muscle and energy. This means that, as well as losing fat, you will have better muscle tone and a higher vitality level.

Yogic practices that reduce anxiety tend to reduce anxious eating. In addition, yoga deep breathing increases the oxygen intake to the body cells, including the fat cells. This causes increased oxidation or burning up of fat cells. Yogic exercises induce more continuous and deeper breathing which gradually burns, sometimes forcefully, many of the calories already ingested.

Yoga strives to increase self-awareness on both a physical and psychological level. Patients who study yoga learn to induce relaxation and then to use the technique whenever pain appears. Practicing yoga can provide chronic pain sufferers with useful tools to actively cope with their pain and help counter feelings of helplessness and depression.

Mental health and physical energy are difficult to quantify, but virtually everyone who participates in yoga over a period of time reports a positive effect on outlook and energy level. Yogic stretching and breathing exercises have been seen to result in an invigorating effect on both mental and physical energy and improved mood.

When you achieve the yogic spirit, you can begin knowing yourself at peace. The value of discovering one's self and of enjoying one's self as is, begins a journey into being rather than doing. Life can then be lived practicing "yoga off the mat".

Pride, and especially anxiety about pride, is something which Hatha Yoga seeks to diminish or eliminate. To one who has been dejected because he cannot do his work properly when he becomes tired, irritable, or haggard, any degree of refreshment may be accompanied by additional degrees of self-respect. Furthermore, one who has benefited from yoga may be moved to help his friends who are obviously in need, he may instruct others and be rewarded with appreciation due a to teacher.

But if one succeeds in achieving skill which provides health and self-confidence, one may justly raise his self-esteem simply by observing himself living the improved results as an achieved fact.

Yogic theory and practice lead to increased self-knowledge. This knowledge is not merely that of the practical kind relating to techniques, but especially of a spiritual sort pertaining to grasping something about the nature of the self at rest.

Email ThisBlogThis!Share to TwitterShare to FacebookShare to Pinterest
Labels: Yoga and Medetation