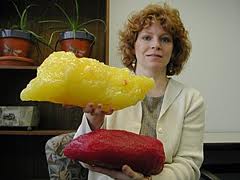 Does Muscle Weigh More Than Fat? 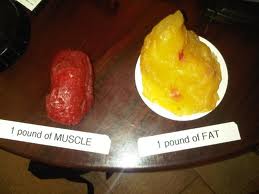 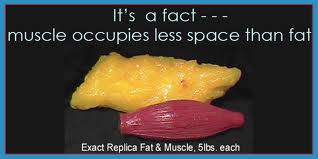 Muscle is denser than fat and therefore takes LESS SPACE.

Think about the size of a brick and how much a brick weighs. Now think about feathers. How many feathers would you need in order for the feathers to weight the same amount as the brick? A room full.

The brick is muscle. The feathers are fat.

Let me give you a better illustration...

I know two women of the same height and weight--both are 5'9'' and 155 lbs. One, however, looks significantly overweight, with flabby arms and an untoned stomach, and one looks very thin and athletic. How is this possible, when they both weigh the same? Well, one woman is composed of mainly fat, and one is composed of hardly any fat. The athletic woman simply has toned arms and legs and strong abs, which result in a lot of muscle, making her weigh as much as an overweight woman of the same height.

Email ThisBlogThis!Share to TwitterShare to FacebookShare to Pinterest
Labels: Fat, Muscles and About Muscle Tone