Article # 130. WHAT ARE THE HEALTH BENEFITS OF CATECHINS? 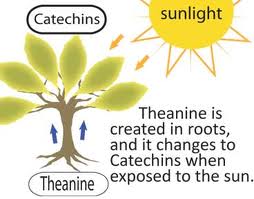 What Are the Health Benefits of Catechins?

Green tea has long been associated with numerous health benefits, in part due to its catechin content. EGCG, which is the most commonly known catechin, is found in green tea. Catechins are a family of phytochemicals that confer benefits to your health, and they are found in a number of plant foods that you can easily incorporate into your diet.


As excess weight continues to be a major health issue in the U.S., consumers seek different fat-burning foods. Adding catechin-rich foods and beverages to your diet is a great way to battle those extra pounds. Consuming catechins significantly reduced overall body fat, according to a study published in the January 2005 issue of "The American Journal of Clinical Nutrition". Researchers determined that catechins might be useful as an anti-obesity aid. 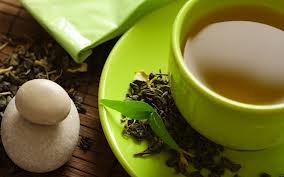 
When it comes to weight loss, abdominal fat is a problem area that plagues many people. Catechin consumption appears to help in this area, according to the December 2008 issue of "The Journal of Nutrition". Researchers found that catechins from green tea enhances exercise-induced abdominal fat loss. In the study, overweight and obese adults consumed 625 milligrams of catechins daily for 12 weeks. This amount is equivalent to about 4 cups of green tea per day.
Cardiovascular Disease


Catechins exert heart-protective activity, according to a study published in the June 2007 issue of the journal "Obesity." In the study, catechins were shown to lower blood pressure, cholesterol and body fat, thereby reducing cardiovascular disease risk. Catechins reduce low-density lipoprotein, which is a type of cholesterol that negatively impacts your health. A build up of this cholesterol in blood vessels leads to atherosclerosis, which is a risk factor for heart disease.
Considerations


Catechins exert antioxidant effects, which are beneficial to your health. Besides green tea, catechins are found in foods such as apples, peaches, cocoa, kola nut, and vinegar. Keep in mind that kola nut and green tea contain caffeine. It is inadvisable to consume more than 500 milligrams of caffeine per day. If you don't want to drink green tea, you may alternatively take green tea extract, which contains catechins.

Email ThisBlogThis!Share to TwitterShare to FacebookShare to Pinterest
Labels: Health and Fitness