Best Foods for Joint Health
Glucosamine
As discussed by the National Institutes of Health, glucosamine is a substance that is naturally found in the cells of joint cartilage. Glucosamine production slows with age and joint health deteriorates with age, so increasing dietary levels of glucosamine assists in slowing joint deterioration. Glucosamine is commonly found in pill form as a dietary supplement and can be purchased in a natural food store. For ease of administration, you may want to add the liquid formulation to juice. People who have moderate to severe pain from joint deterioration benefit from glucosamine the most. 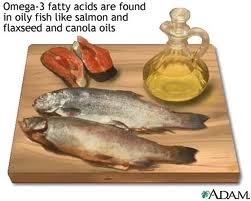 Omega-3 Fatty Acids
Omega-3 fatty acids are fatty acids that are critical for health but must be obtained from food, according to the University of Maryland Medical Center. A diet rich in omega-3 fatty acids reduces inflammation and helps to relieve joint pain. Fish such as salmon, tuna, herring, mackerel and halibut are sources of omega-3 fatty acids as are nuts such as walnuts and almonds. If you have difficulty consuming these foods, fish oil supplements provide an alternative means of obtaining the benefits. Even though fish oil supplements are natural, you should discuss taking them with your physician first. 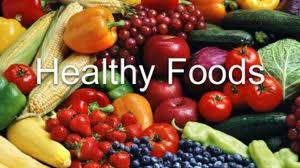 I have been doing lot of R&D on this subject to understand about the joint health and why it is getting affected. After long analysis and discussion with the Cardiologist, Ortho and Physiotherapist along with lot of reference books, I have streamlined the food list and found the best foods that help our joints. These foods not only help joints but also lot many other health benefits, if you read my other article in Benefits of healthy food topics (http://www.gurufitnessplanet.com/search/label/Benefits%20of%20Healthy%20Food)  you can find the advantages of these foods in detail. Add these foods to your diet to help better joint health, lose weight, and/or even more. 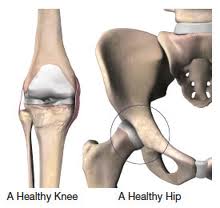 2. Salmon : If unable to eat shellfish, check out this super food. A regular of “top foods” list, salmon is an excellent source of omega 3 fatty acids that have benefits for weight, heart health, and of course, joints. In fact, the fat composition of salmon has recently been evaluated as superior not only because of its rich omega 3 content, but also because of its great ratio of omega 3s to omega 6s and its health-supportive balance of saturated, monounsaturated, and polyunsaturated fats.

3. Almonds : If you are a vegan looking to improve their joint health, this is the food for you. Almonds are also high in the omega 3 fatty acids found in salmon. They also have loads of vitamin E and manganese. Adding manganese into your diet will help the glucosamine in your body, as well as speed up and increase its productivity. You can also switch out a jar of peanut butter for almond butter to make it easy to get into your diet.

4. Pineapples : The spiky fruit has long thought to have had healing powers. Containing an element called bromelain, it has remarkable healing properties. According to Boulder Natural Labs, bromelain and its ability as an anti-inflammatory is superior to that of a comparable drug. It can also help with sprains, cuts, bruises, and much more.

5. Extra Virgin Olive Oil : Because extra virgin olive oil is derived from the first pressing of olives, it has the most antioxidant benefits. These work to extract the free radicals in your body that can lead to inflammation and joint pain. As an added bonus, it also has the most flavor. Simply use it instead of butter or other oils when cooking or as a topping for salads.

6. Bell Peppers : All peppers are rich in vitamins A, C, and K, but red peppers are the best choice, including for naturally fighting joint pain. Antioxidant in peppers help to prevent cell damage, cancer, and diseases related to aging, and they also reduce inflammation like that found in arthritis and asthma. Peppers are also high in fiber and can help in weight loss.

7. Go Bananas : If weight loss is part of your quest to obtain better joint health, this is the fruit for you. One of nature’s best sources of potassium, bananas help you feel fuller on less calories. They also contain loads of the vitamins found in the above peppers.

8. Avocado: Good news for everyone who loves guacamole: it can help you joint health. In fact, it has been referred to as “the most nutritious of all the fruit.” It provides about twice as high a proportion of the daily needs for antioxidant vitamins as its calorie proportion. Avocados can also be useful for staving off cancer, heart disease, arthritis, and even eye cataracts.

9. Turmeric : This super spice is one of nature’s most powerful healers. Orange in color and often used in Indian cooking, it is long known for its anti-inflammatory properties. The site Health Diaries has 19 other reasons to add turmeric to your diet, in addition to fighting off arthritis. They include using it as a disinfectant, preventing cancer, and even improving mood. 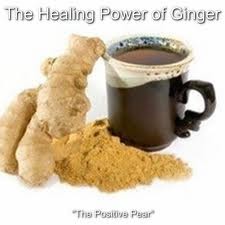 10. Ginger : That garnish for your sushi might actually just be the key to better joint health. Denmark researchers have discovered that ginger can block the effects of prostaglandins. These are substances that cause inflammation of the blood vessels in the brain, which leads to migraines. Just a half teaspoon of ginger in your tea can lead to marked relief in arthritis pain.


11. Papaya: People who consumed the lowest amounts of vitamin C were three times more likely to develop rheumatoid arthritis than those who consumed more, according to a 2004 study published in the Annals of Rheumatic Diseases. This antioxidant penetrates into cells, where it protects DNA from free-radical damage.
12. Apples: Collagen, the fibrous protein that keeps skin firm and wrinkle-free, is the main component of cartilage and acts like a shock absorber in your joints, helping them withstand years of pounding and pressure. Collagen breakdown is often a critical step in osteoarthritis development. An apple a day can help keep arthritis at bay. It’s rich in quercetin, an antioxidant that’s important in building collagen and slowing its deterioration. Raw apples have much more quercetin than processed fruit. (Quercetin is concentrated in the skin, so don’t peel the fruit.)
13. Kale:  When the ends of bones are brittle and frayed, the joint connecting them suffers too, Reardon says. Enter calcium, the go-to mineral for healthy bones. Most of us think of milk and other dairy products as the way to get calcium. But kale is loaded with the mineral too. Want more kale benefits? It’s cholesterol-free; much lower in fat and calories than dairy; rich in joint-protecting vitamins A, C and K; and packed with two minerals that joints need to stay robust: Copper, which helps build collagen and ligaments, the tissue strands that connect two bones Manganese, which activates enzymes needed for tissue growth and repair.
14. Broccoli: A cousin of kale in the brassica family, broccoli is a winner for sulforaphane. This chemical may reinvigorate the body’s defenses against free radicals, UCLA researchers reported in 2008 in the Journal of Allergy and Clinical Immunology. Those defenses decline as we age, raising the risk of osteoarthritis and other joint problems. Broccoli also has the alphabet soup of vitamins that keep joints well nourished – A, a bunch of Bs, C, a little E and K – not to mention lots of calcium and some protein.
15. Green tea: Why it's a good arthritis food: Studies show that certain antioxidant compounds in the brew lessen the incidence and severity of arthritis. One University of Michigan study found that epigallocatechin-3-gallate (EGCG) lowers production of inflammation-causing substances in the body that cause joint damage in arthritis sufferers. How much to drink: 3-4 cups a day.